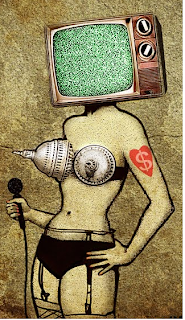 Writer Michael Edwards nails the relationship between alternative and mainstream media in an Activist Post article, "Drones Enter Corporate Media Airspace": "One behavior that typifies corporate media is how they can readily dismiss an issue for years that has been addressed by the alternative media, then overnight embrace it as the 'new reality.' Once the buried 'conspiracy' issues become too obvious to ignore, then it is spin time." Well, it's spin time! Edwards reminds us how public opinion is shaped (and abused over the years), "True to form, the example shown for police (which, keep in mind, was vehemently denied for widespread use just a few years ago), is a ready-to-go, 10-pound mini-copter drone deployed out of the back of a police cruiser which is reported to have helped nab a stabbing suspect who had fled into nearby covered terrain." An assortment of drones serve needs of surveillance society: hummingbird, copter, small model plane, micro- and nano-drones. JuJu Chang reports for ABC News - very unsettling - but a must see! Drones are a "fact of daily life" in America and it's a sad day.