from washington times: Smile, Washington - the cameras are rolling whether you know it or not. Police and homeland security officials say they will not post signs around the more than 5,200 cameras being consolidated into one network under an initiative announced by Mayor Adrian M. Fenty... The first phase of the camera consolidation is expected to begin May 1.

no winners in 'cyber storm II'

from zdnet: The only question that mattered during an RSA Con session on the government’s cyberwar game, CyberStorm II was asked by a typical sort of fellow at these things - a pony-tailed RSA attendee, presumably a security pro, as InformationWeek described: "Was there a red team and did they win?"... "We don’t have a firm answer about winning or losing," said panel moderator Jordana Siegel, acting deputy director at Department of Homeland Security.

6 US cities tamper with traffic cameras for profit

from left lane news: Six U.S. cities have been found guilty of shortening the amber cycles below what is allowed by law on intersections equipped with cameras meant to catch red-light runners. The local governments in question have ignored the safety benefit of increasing the yellow light time and decided to install red-light cameras, shorten the yellow light duration, and collect the profits instead. 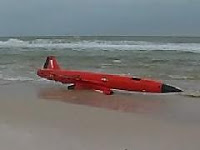 from local6: Several unmanned military drones with U.S. Air Force markings washed ashore in Alabama and forced the closure of a portion of at least one beach... An official said the drone was a target that was apparently shot down in the Gulf of Mexico as part of a weapons system evaluation program, WKRG reported.