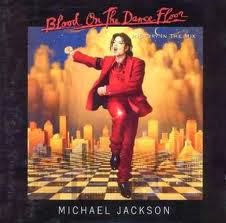 “In this article, and from now on, I will refer to the power behind the music industry as the machine. Those that operate and control the machine are like ghosts to the masses, but those that have an open third eye are able to see these ghosts. As I have stated in other blogs, if one doesn’t have a thorough knowledge of the occult, they will never fully understand the secret society within the music industry. Some call this secret society the Illuminati and others refer to them as the elite. Whatever name you call them by doesn’t matter, but what does matter is their silent control that they have over the masses without ever being seen.”

Ra Imhotep writes with powerful insight a little chilling in its cold reality. Jackson had a radical steely side, molded through the beatings suffered at his father Joe’s hands. The beatings made Jackson fearless. A passive image on the exterior didn’t reveal an inner nerve, Jackson possessed, but may ultimately be cause of his demise. Michael had the nerve to purchase in 1984 the ATV music publishing catalog, overstepping his bounds:

“…what really got Michael in trouble with the machine was when he tried to overthrow it. That’s right, Michael made a lot of power moves in his career, but his biggest power move was when he bought the ATV publishing catalogue back in 1984. In this catalogue could be found most of the publishing rights to the Beatles, Lil Richie and others. Paul McCartney, one of Michael’s mentors, introduced Michael to the benefits of song ownership, but Michael would go on to beat McCartney out and purchase the catalogue by himself. This would make Michael Jackson the enemy to the machine, because it gave one man too much power… this purchase would tie into Michael being sacrificed.”

Wow! Above revelation rings true in a powerful way. Michael went too far, and for a time, possessed a coveted prize that fomented jealousy and seeds of his demise! Ra Imhotep keenly observes “the machine” wants to get even but in a diabolical way to maximize its advantage. There certainly seems a script or formula, if you fall out of favor in music industry, they first assassinate your character before they actually dispense with you:

“Michael was on the hit list, to be murdered, since the 80’s, but the machine works in cycles and they never do anything before it’s time. They had to begin by first destroying his image because Michael had millions of fans and eliminating him in the 80’s would have caused unrest. Plus, the industry is all about extracting as much from their puppets as possible, so they wanted to milk the life out of him before he was discarded.”

Ra Imhotep shares his view of Jackson death as a blood sacrifice:

“..blood sacrifices happen in three’s and Michael’s death was no exception. On the day that Michael Jackson died, Farrah Fawcett and Sky Saxon were sacrificed as well. This is how the sacrificing game goes, folks. They must make offerings to their Gods in threes. Michael’s sister, Latoya Jackson, bears witness to this in several of her interviews, with Oprah and others, where she explains how Michael was murdered. She even goes on to say that ‘they’ do the rituals in three’s. She further goes on to say that the Dr. Conrad Murray, was just ‘a fall guy’ and that there were other individuals, in the background, who were responsible for this.”

There is more to the occult symbolism surrounding Michael Jackson’s death that only number freaks – occultists – can fully appreciate:

“Michael was a Summer Solstice Sacrifice, returning back to the ethers on June the 25th of 2009. As stated above, two other celebrities were sacrificed on this same day and when you add up the date, 6/25/2009, you get the number 6. If you count the other two celebrities, Farrah Fawcett and Sky Saxon, into the equation you will get 666. This is no coincidence and as stated earlier the number 666 represents the combination of deities that is worshiped by the rulers. The number six also depicts the hexagram, which is falsely called the Star of David, and is usually associated with the Jews. In truth the 6 pointed Star is a ancient occult symbol used to cast spells. This is why it’s called the hexagram, because when you put a hex on someone you are casting a spell on them. The other reason why the rulers chose the number 6 for this particular sacrifice was because Michael’s birthday was 8/29/1958, which adds up to 6. When rituals are performed they have to be congruent to an individuals personal number, which represents their vibration, according to the sciences of the occult. There are many esoteric reasons behind this obsession with numbers…”

It doesn’t matter, you don’t buy numerology behind public occult ritual – there are those that do and live and have others sacrificed by it! The odds of mere coincidence seem a stretch? Still, haven’t had enough? Ra Imhotep makes interesting observation on more symbolism surrounding tragedies coming in “threes” and the KKK:

“The system of occult that the rulers deal with, in this modern world, is based upon the Ancient Babylonian system of deities. The Babylonians had 36 deities that they served. If one adds up the numbers 1-36 they will get 666. This is the true meaning of the infamous code of 666, it represents the many demons found within the Babylonian Mysteries. Contrary to popular belief, the letters KKK have very little to do with a racist group found within the south. The letter ‘K’ is the 11th letter of the alphabet and when one multiplies 3 (for the 3 K’s) by 11, they will get 33, which stands for the 33 degree’s of Freemasonry.”

Ra Imhotep supplies compelling insights into Michael Jackson’s life and death. The arc followed by Jackson and Whitney Houston, our gifted blogger covered and examined previously, constitutes template for slow torturous decline to make it seem only natural they’re gone – but far from the reality! You throw in a curious character like Raffles Van Exel seen in their company shortly before death and things are only more curious! The present writer falls into category Jackson and Houston were worth more to the industry dead than alive!