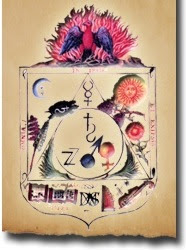 demons in the academy

from invocatio: A couple of months ago, the American Academy of Religion (AAR) held its annual conference. This is like the Oscars of the academic world if you are a religion scholar, and it is a week of non-stop lectures, idea-sharing, and I presume getting totally tanked and running amok in hotel hallways. But since I’ve never gone, don’t take my word on this. A really important session on Western Esotericism was organized by Sasha Chaitow and Phoenix Rising Academy called Demons in the Academy. The panel consisted of intellectual heavyweights from the field of Western Esotericism and addressed some of the issues those working in the area face, such as methodological concerns and how to define a discipline that seems to draw from just about everywhere. Watch presentations from Demons in the Academy here.