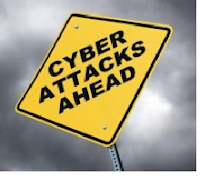 Kevin Barrett critques a Reuters article at Veterans Today, wondering how authorities know a Cyber attack may be imminent?  "According to the Rothschild-owned Reuters News Agency, the Department of Homeland Security has announced that a devastating cyber-terror attack on the scale of 9/11 is likely to 'happen imminently'."   Barrett looks at motives and sees propaganda bonanza for war with Iran and excuse to clamp down on internet.  The internet has been thorn in authorities' side as people have access to other sources than mainstream media.  Can you say predictive programming?  Barrett advises,"So when the Cyber-9/11 happens, as DHS has announced it soon will, don’t say they (and we) didn’t warn you."