Did James Holmes Have Help? 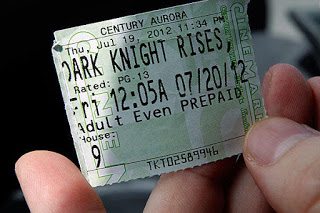 Haven’t Americans had enough of lone gunmen theories?  Vera Blake writes in recent Veterans Today article on evidence suggesting an accomplice theory!  The present writer would interject instead a Black Ops theory!  Yes, Aurora Police Chief Daniel Oates expressed confidence as early as next day that Holmes acted alone, but isn’t that your ploy if ordered to follow a coverup? Blake provides comprehensive look at evidence of the Batman Movie, “Dark Knight Rises“ Shooting that took place just after midnight on July 20th, 2012 (picture).  The present writer and anyone interested in direct evidence at the crime scene, will find article fascinating!  An analysis of evidence is summarized admirably by Blake.  In brief, there are references to four gas canisters taken into evidence, but purchases by Holmes only account for two.  Witness accounts suggest a gas canister going off in Theater 8 as well as Theater 9.  Two gas masks found at the scene didn’t belong to Holmes.  An accomplice theory grows out of account of Corbin Dates, a young Aurora man sitting near front of Theater 9, who saw “….a man who took a phone call about 20 minutes before the movie started, proceeded to the emergency exit door, and appeared to direct someone his way.”  Kevin Barrett interviews Blake at 1:07 mark of March 25th episode of Truth Jihad Radio, where they go over the evidence.  It’s interesting information on a strange case, made more so, by veil of secrecy placed over it!  The only question readers should come away with:  is how authorities can have the gall to shove another “lone gun” excuse down public’s throat?