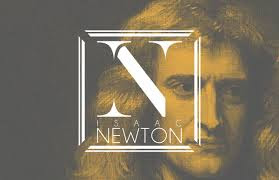 from TheConversation.com: The notebooks of Sir Isaac Newton, who was famously reported to have suffered a (scientifically) earth-shaking blow to the head from an apple, are being scanned and published online by the University of Cambridge. “It was certainly far more common in the 17th and 18th centuries for scientists to be interested in magical beliefs and alchemical beliefs and religious beliefs. Johannes Kepler, for example, had all kinds of strange views about the music of the spheres, Copernicus had strange views about the sacredness of the sun, and Newton famously had views about the mysterious numerical meanings of Biblical passages and about alchemical material,” Dr. Couvalis said.

Scientists of the period saw their work touching on many illogical and occult fields of interest, including Robert Boyle, a founder of modern chemistry, who had “an interest in doing experimental research on magical mirrors, which to us would sound bizarre but at the time it was thought to be a possibility,” said Dr. Couvalis, who added that Boyle pulled back from some experiments for religious reasons. “He thought it might get him in touch with demons.” Demonology may have fallen out of favour amongst scientists, but “the view that we’re getting everything right would be a serious mistake,” Dr Couvalis said. “To some degree science is always in the sway of the time it’s in; this is now the standard view of philosophers and historians.” Newton’s papers are available here.