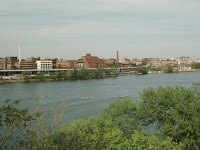 from washington post: The Potomac River contains an array of man-made chemicals that could play havoc with animals' hormone systems, federal scientists have found in their best glimpse yet of the river's problems with a mysterious new class of pollutant. The research, unveiled at a conference last week, found more than 10 of the compounds, including pesticides, herbicides and artificial fragrances. Through an accident of chemistry, formulas designed to kill bugs or add smell to soap might also interfere with vital signals in fish, amphibians and other creatures. 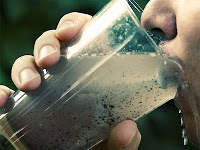 from ap: Test it, study it, figure out how to clean it - but still drink it. That's the range of reactions raining down from community leaders, utilities, environmental groups and policy makers in reaction to an Associated Press investigation that documented the presence of pharmaceuticals in major portions of the nation's drinking water supplies. "There is no wisdom in avoidance. There is wisdom in addressing this problem. I'm not suggesting that people be hysterical and overreact. There's a responsible way to deal with this - and collectively we can do it," said Washington-based environmental lawyer George Mannina.