disposing of unused medicines in trash may threaten water supply 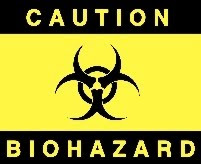 from allgov: There is no truly safe way for consumers to dispose of unwanted medications, according to officials in Maine, which has led to a push for legislation requiring the pharmaceutical industry to collect and destroy leftover drugs. For years Americans used to dump old prescriptions down the drain or toilet, until water districts warned that the habit could contaminate local drinking supplies. So then the message became: discard the drugs in the garbage that is dumped in landfills. But a waste management leader in Maine found this practice could still contaminate water sources and the environment because rainwater can carry pharmaceutical residues out of the landfills and into underground water supplies. After studying the flow of drug-tainted water from three landfills, the Maine Department of Environmental Protection concluded the state should ban the throwing away of medications. Furthermore, state Representative Anne Perry is sponsoring a bill in the legislature that would require drug companies to reclaim unwanted drugs and toss them into medical waste incinerators.