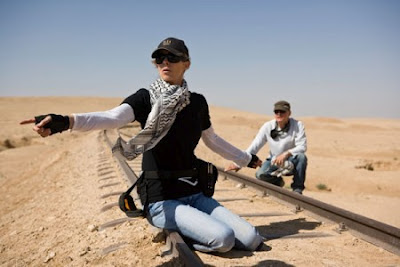 from cnn: Newly released documents have reignited the debate in Washington over whether Obama administration officials granted too much access to filmmakers making a movie about the raid that killed Osama bin Laden -- and whether national security was compromised in the process. The documents show, for example, that a defense official offered the filmmakers access to a planner from SEAL Team Six, the super-secret special ops division that successfully executed the high-stakes raid in Pakistan last year. It is not clear if any such access eventually took place. But according to a transcript from the meeting, on July 14 of last year, Undersecretary of Defense for Intelligence Michael Vickers told screenwriter Mark Boal and director Kathryn Bigelow that the defense department would offer up a plum interview. "They'll make a guy available who was involved from the beginning as a planner; a SEAL Team 6 Operator and Commander," Vickers said, according to the transcript. The name of that man is blacked out in the transcript that was released, and Vickers tells the filmmakers not to reveal the man's identity.
Filmmakers had access to Osama bin Laden intelligence, documents show*