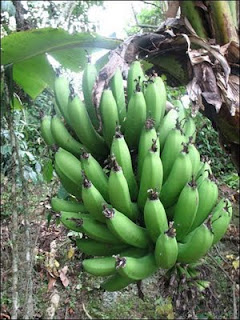 from ecoworldly: I am thrilled to report that the Dole Food Company has finally dropped their ridiculous lawsuit against the filmmakers of the powerful documentary Bananas!*. It appears that the courts have ruled that the fatuous defamation lawsuit of the criminally inclined Dole was proven to be nearly as lacking as the multi-national corporation’s integrity.

Just a few minutes ago I received this rather nonchalant tweet from one of the movie’s Swedish creators, Fredrik Gertten: http://bit.ly/IoQ96 DOLE dismissing the BANANAS!* law suit it seems.

I had to actually stare at my computer screen for a few seconds in stunned disbelief before the reality of the good news finally sunk in. Over the last few weeks the filmmakers have received tremendous support from both the Swedish government and many businesses, and clearly it has had an impact.

"The support we’ve received from people who’ve sent us money and encouragement has been critical. Having members of the Riksdag take up the issue has also been great and the pressure on Dole has increased," Gertten told the Dagens Nyheter newspaper.

In a prepared statement, Dole said it decided to withdraw the lawsuit "in light of the free speech concerns being expressed in Sweden, although it continues to believe in the merits of its case."