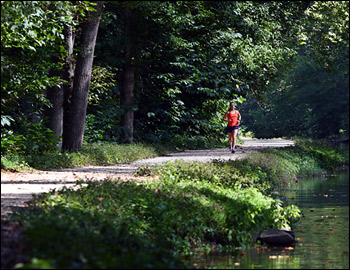 i'm so happy to be able to share this article published in the washington post: it was written by a good friend of mine from back east. we played in band & spent many, many hours together making music, videos & media. what i never understood at the time, either through my own carelessness or ignorance, she explains here in heart-breaking detail. please share this story, it's important for so many reasons...

running for my life 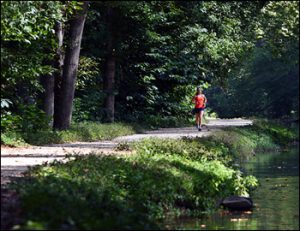 from daniele seiss: I did it, I thought in disbelief, and I even sprinted at the end. Did anyone notice, I wondered. I somehow managed to find it in me to sprint across the finish line. Then I tried not to collapse right there on the road... This should have been my greatest hour. After all, I had secured the grail of marathons, the holy Boston, something I had been dreaming about for years. Yet it seemed strangely pointless, so after-the-fact, so anticlimactic. And then it dawned on me. Finishing the Boston Marathon was nothing in comparison to the real hurdle I'd been able to surmount and the one that had turned me into a runner in the first place: major lifelong depression.

Long before Boston, in fact, running had saved my life.

I can't even say for certain when dark thoughts started to take control of my life. But I remember, when I was just 6 years old, crying every day... Over those early years the darkness came and went. When I hit my teens, though, it hit hard...

At this point, my mother interceded. My silence and withdrawal were enough to grab her attention, and when she asked, I told her how I was feeling. This began a long series of treatments. Like many depression sufferers, at first I was prescribed cognitive, or talk, therapy. When that didn't work, often-mammoth cocktails of medications were added: a tricyclic antidepressant, SSRI and SNRI medications. I was told I had a severe and resilient case of major depressive disorder. But talk therapy proved emotionally draining and often left me feeling worse, so it was hard to get any sense of progress. And the medications were either ineffective or mildly effective, or they lost their effectiveness over time, and they often had terrible side effects that, even if they had relieved the darkness, made normal life impossible.

And then I discovered running.