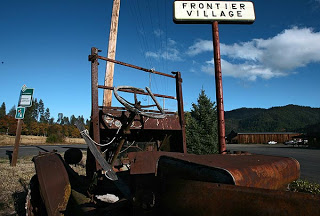 from latimes: This hardscrabble Northern California town has become a hotbed for medical marijuana farming... Some students talk openly of farming pot after graduation, about the only opportunity in this depressed timber town. "It's not a subculture here," said [Supt. Tom] Barnett, who heads the Mountain Valley Unified School District. "Marijuana is drying in their houses. It's falling out of their pockets." Los Angeles isn't the only place struggling with repercussions unleashed by its permissive medical marijuana laws. Here in Trinity County, cannabis cultivation is upending the rural culture and economy of one of the state's most hard-luck regions... Fall harvest season brings strangers with dreadlocks and cash boxes. Some farmers guard their crops with electric fences, razor wire and snarling dogs. Hikers have been threatened at gunpoint for wandering too close to where they aren't wanted. "It's just torn the fabric of our society," said Judy Stewart, a 69-year-old retiree who has lived in Trinity County for more than 50 years. "It's pitted people against one another." 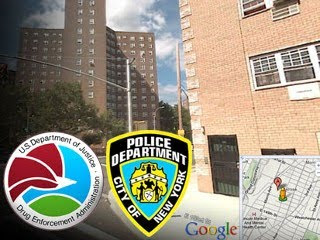 from abcnews: As ground crews were cleaning the fields of Yankee Stadium early this morning, 450 law officers were cleaning the streets of three drug gangs just ten blocks away. The three gangs had operated openly in two Bronx housing projects, selling crack cocaine and heroin. Officers seized glassine bags of heroin labeled "American Gangster," "Scorpion," and "Poison." They made 40 arrests and searched 22 locations. The main drug dealing operation shut down was dubbed "the Courtland Avenue Organization." Two other gangs were also shut down, federal and local authorities said.