“Don’t let a pregnancy get in the way of your crack habit”: Why drug addicts are getting sterilized for cash 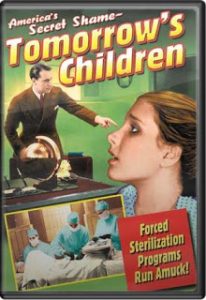 from time: When Joanne Chavarria’s grandmother died last summer, she coped by turning to the bottle. “I started to drink. And then I started to smoke some weed. And then I started doing meth,” says the 32-year-old from Merced, Calif. Chavarria, who began abusing drugs at the age of 12, was eight months pregnant at the time. Last August, she gave birth to drug-addicted twins, and California’s Child Protective Services took the infants, as well as Chavarria’s three other children, into custody. As with other addicts, the road to recovery for Chavarria began with counseling and a drug-rehabilitation program. Less orthodox, however, was her decision to undergo a tubal ligation. “Addicts in my situation need to get their tubes tied,” she says. “When you stop having kids, it makes you think about what else you can do in life.” Chavarria had the procedure done after meeting with Project Prevention, a North Carolina–based charity that gives drug addicts $300 if they go on long-term birth control or undergo sterilization. The aim of Barbara Harris, 57, the organization’s controversial founder, is to prevent addicts from having children they can’t care for and reduce the number of babies who are born exposed to drugs. 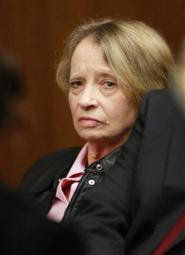 from ap: The tape recorder started rolling as two police investigators sat in their car in a hospital parking lot with Deborah Madden on Feb. 26. “You’re causing a huge nightmare for the city,” said one officer. Now the 60-year-old technician and the obscure police crime lab where she worked for 29 years stand at the center of a scandal that has led to the dismissal of hundreds of criminal cases and jeopardized thousands more. Police have accused Madden of skimming cocaine evidence from the lab, but she hasn’t been criminally charged in the case. Forensics experts say Madden is not the first crime lab worker suspected of stealing drugs or other illegality, and San Francisco’s lab joins several other cities in suffering a loss of credibility. A Houston man was awarded $5 million last year after spending 17 years in prison on rape charges overturned because of a discredited criminal lab. Detroit shut down its crime lab in 2008 after outside auditors uncovered serious errors in the way evidence was handled.

Let’s tell the truth about marijuana 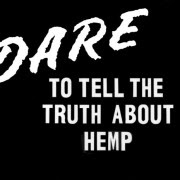 from news junkie post: What would happen if, starting April 20, we all resolve not to settle for myths, lies, and superstitions anymore when it comes to the most popular illegal plant in the world? After 72 years of the debate being controlled by those who’ve made it taboo to even talk honestly on the subject, it’s time to tell the truth about marijuana. At the moment, the deck remains stacked, of course, in favor of cannabis prohibition. The reason? Folks who know that marijuana should be legal are too often too intimidated to say so — because speaking cannabis truth has sometimes carried a heavy price. For years, a few brave medical doctors such as Lester Grinspoon of Harvard have been voices in the wilderness of marijuana prohibition. Their repeated calls for an open and honest debate on the subject have largely fallen on deaf ears. Until now, when it comes to marijuana, those who know won’t say, and those who say don’t know.

Update: Another drug record for Afghanistan