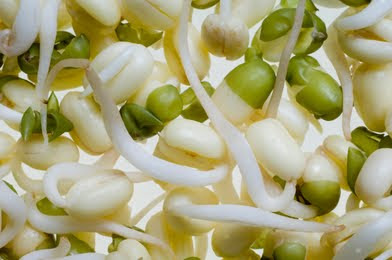 from bloomberg: A deadly E.coli outbreak that is being blamed on sprouts grown without chemicals probably won’t dent people’s support for the organic food industry in the long term, according to London-based analyst Organic Monitor.

The outbreak has killed 22 and made 2,263 people ill, according to the European Centre for Disease Prevention and Control. About 18 sprouts including bean and broccoli from a farm near Uelzen, Germany are being investigated to determine whether they’re the source of the E.coli, Gert Lindemann, the state agriculture minister, said yesterday.

While sales of fruits and vegetables in Europe are being hit, Amarjit Sahota, director of Organic Monitor, doesn’t expect the E.coli outbreak to hurt the organic industry in the long term because people are more worried about health issues associated with traditional farming.

“Even if the E.coli outbreak is linked to organic bean sprouts, we do not expect this to have a significant impact on organic food sales in the long run,” Sahota said, pointing to a pork scare earlier this year.

Dioxin, a byproduct of chemical manufacturing that is thought to be a cancer-causing substance, was found in pig feed in Germany in January, curbing demand for pork.

“In Germany, organic food sales have been rising at a rapid rate since the dioxin scare earlier this year,” Sahota said. “Organic meat product sales have shown high growth because of consumers’ fears for food safety.”