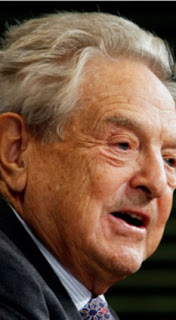 will US financial woes lead to new world order?

from daily mail: A hedge fund manager who predicted the global credit crunch has said the financial crisis has been 'stimulating' and the culmination of his life's work. George Soros, who predicted the global financial crisis twice before, was one of the few people to anticipate and prepare for the current economic collapse. Mr Soros said his prediction meant he was better able to brace his Quantum investment fund against the global storm. But other investors failed to take notice of his prediction and his decision to come out of retirement in 2007 to manage the fund made him $US2.9 billion. And while the financial crisis continued to deepen across the globe, the 78-year-old still managed to make $1.1 billion last year. "It is, in a way, the culminating point of my life’s work," he told national newspaper The Australian.

audio: peter schiff: you're better off as a renter 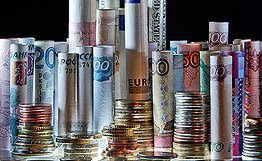 from paul joseph watson: China has expressed support for Russia’s proposal to hand the IMF the power to create a new supra-national global currency in response to the call for an alternative to the U.S. dollar as the world reserve currency. Last week the Kremlin called for the “creation of a supranational reserve currency to be issued by international institutions as part of a reform of the global financial system.” The Russian proposal stated that the IMF should take the lead in establishing a “superreserve currency accepted by the whole of the international community.” China today expressed support for the initiative and said it was ready to discuss the proposal at the upcoming G20 meeting in London on April 2.

video: how the markets really work

stiglitz: geithner plan will rob US taxpayers
from reuters: The U.S. government plan to rid banks of toxic assets will rob American taxpayers by exposing them to too much risk and is unlikely to work as long as the economy remains weak, Nobel Prize-winning economist Joseph Stiglitz said on Tuesday. "The Geithner plan is very badly flawed," Stiglitz told Reuters in an interview during a Credit Suisse Asian Investment Conference in Hong Kong. U.S. Treasury Secretary Timothy Geithner's plan to wipe up to US$1 trillion in bad debt off banks' balance sheets, unveiled on Monday, offered "perverse incentives", Stiglitz said. The U.S. government is basically using the taxpayer to guarantee against downside risk on the value of these assets, while giving the upside, or potential profits, to private investors, he said. "Quite frankly, this amounts to robbery of the American people. I don't think it's going to work because I think there'll be a lot of anger about putting the losses so much on the shoulder of the American taxpayer."

flashback: stiglitz: crisis as bad or worse as great depression

from webster tarpley: Myron Scholes, the creator of the infamous Black-Scholes model for pricing derivatives which won the Nobel Prize and then almost destroyed the world banking system with the Long Term Capital Management bankruptcy of 1998, has now partially understood that his derivative creations are a Frankenstein monster. He recommends wiping out the current crop of toxic cds derivatives. The only hope of world economic recovery is indeed by wiping out, freezing, deleting, shredding, and otherwise destroying ALL of the $1.5 quadrillion derivatives bubble. Otherwise, the London G-20 will repeat the failure of the 1932 Lausanne conference, which needed to wipe out reparations and war debts left over from World War I in order to end the First World Depression. To end the Second World Depression, wipe out and permanently ban derivatives now!

from ap: As a bartender and trainer at a national restaurant chain, Rebecca Brown earned a couple thousand dollars in a really good week. Now, as a dancer at Chicago's Pink Monkey gentleman's club, she makes almost that much in one good night. The tough job market is prompting a growing number of women across the country to dance in strip clubs, appear in adult movies or pose for magazines like Hustler. Employers across the adult entertainment industry say they're seeing an influx of applications from women who, like Brown, are attracted by the promise of flexible schedules and fast cash. Many have college degrees and held white-collar jobs until the economy soured.