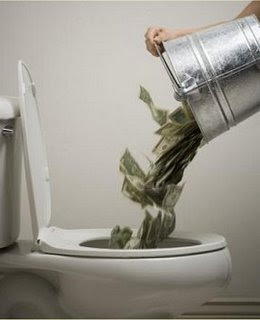 the system is designed to exert total control over the individual

from global research: What impresses me in the current financial crisis is the near-total failure of so-called progressives to appreciate the magnitude of what is going on or the level of intelligence behind it. How many will say, for instance, that the crash was deliberately engineered by the creation, then destruction, of the investment bubbles of the last decade? When the financial system creates bubbles it drives up the cost of assets far beyond their true value in producing or storing wealth. When the bubbles burst the value of the assets plummets. Those with ready cash then buy them up on the cheap. When the dust settles more wealth has been concentrated in fewer hands. The rich get richer, and ordinary people are left in a deeper condition of indebtedness, poverty, and pressure to perform to the liking of the financial masters. Progressives think the system needs to be “reformed.” Maybe the banking system needs to be re-regulated or even nationalized. Maybe it should be possible for families facing loss of their homes to get a lower monthly payment from a bankruptcy court. Maybe the government instead of the private sector should administer student loans. What we fail to acknowledge is that the system itself is totalitarian. This means that it is designed to exert total control over the lives of individuals. We are accustomed to use this label when thinking of anachronisms of history like communism or fascism. We do not understand that globalist finance capitalism and the government which protects, enables, or even regulates it are also totalitarian.

video: audit the fed, then end it!*

updates from may21:
the real lesson of the financial crisis*
gm bankruptcy plan eyes quick sale to gov't*
no future for a cashless society*
obama wants US to loan $100b to global bailout fund*
US treasury secretary rejects limits on executive pay*
rep grayson to introduce 'paid vacation act'*
emergency preparedness exercises held at banks*
US to steer general motors toward bankruptcy*
US shuts down bank united fsb in biggest failure this year*
florida's bank united 34th failure of '09, will cost fdic $4.9b*
after major florida bank fails, carlyle swoops in as a buyer*
rep grayson says 'audit the fed'*