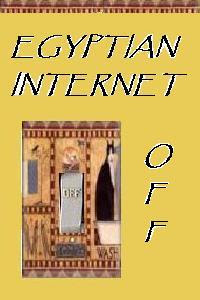 Organizations that track global activity noted a collapse of internet traffic in and out of Egypt at about 10:30pm, GMT, Thursday. The Telegraph reports in, "How Egypt shut down the internet," how loss of access involved the withdrawal of more than 3,500 Border Gateway Protocol (BGP) routes by Egyptian ISPs. It's reported effectively 88 percent of all access was cut. "Only one ISP out of 10, Noor Data Networks, appeared largely unaffected. It connects to the outside world via an undersea cable operated by Telecom Italia.," the article continues, "Renesys [a networking firm] speculated that the apparent anomaly of Noor Data Networks may be a result of the fact it provides services to the Egyptian stock exchange." BGP is the protcol backing the core routing decisions on the internet. BGP, according to Wikipedia, "...does not use traditional Interior Gateway Protocol (IGP) metrics, but makes routing decisions based on path, network policies and/or rulesets. For this reason, it is more appropriately termed a reachability protocol rather than routing protocol." Egypt joins North Korea, at least for the time being, as the only other country to deny its citizens access to the internet. It's interesting to see how the feat is done!