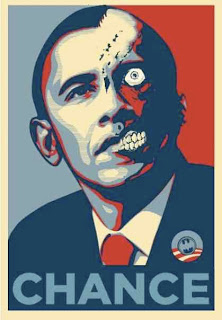 from mike whitney: Barack Obama rode into office in January, 2008 on a wave of optimism. By the time the ballots are counted in Tuesday's midterm elections, Obama's personal approval ratings will have fallen to historic lows and he will be universally recognized as the man who brought ruin on the Democratic party.

While still popular among party loyalists, the president has become radioactive among independents--the critical group of “swing voters” who have fled Camp Obama en masse frustrated with both the lack of audacity and/or change. No one figured they were electing George W. Bush to a third term in office when they cast their vote for the inspiring senator from Illinois two years ago. But that's what they got. To say that supporters are disappointed in Obama's performance, is a gross understatement of the pessimism that's spread like Kudzu among the party faithful. People have become increasingly cynical as they realize that neither party provides a path to real structural change. The system is broken; Obama has merely exposed the rot at the heart of American democracy.

Related: Why I don't trust the Tea Party 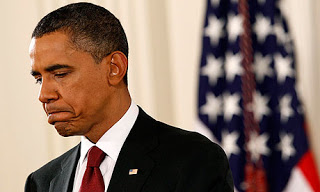 US Selection Updates/Post-Mortem, Part2:
You can't complain if you did vote*
Pre-Selection: 65% favored getting rid of entire Congress & starting over*
Pot prohibition is the cornerstone of a police state*
Christian conservative voters turn out big on election night*
Evidence of an election stolen in California*
Analysis: Bigger Twitter, Facebook flock boosts election odds*
West Virginian a wild card for Democrats*
Obama ordered to release names of clemency seekers*
White House orders standard practices on unclassified info*
US to spend $200m a day on Obama's Mumbai visit*
Taxpayers to pay nearly $1b for emperor's visit to Mumbai*