Electromagnetic Pulse: Not If, But When 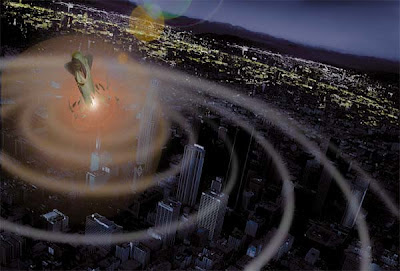 from the foundry: “Electromagnetic Pulse and American Security,” a recent article by Eric Hannis, executive director at Etherton and Associates, is a welcome contribution to the discussion about U.S. vulnerability to electromagnetic pulse (EMP) attacks. Hannis points out that, despite the severe consequences of a single attack, “few people even know that this threat exists.” An EMP attack is a high-intensity burst of electromagnetic energy caused by the rapid acceleration of charged particles. These particles, if strong enough, cause a destruction of electrical circuits. This affects cell phones, computers, vehicles, airplanes, and even the power grid. In the case of a successful EMP attack, transportation systems would be halted, communications devices would be rendered useless, and grocery stores would be unable to preserve or restore food supplies. “The result would be starvation, disease, and lawlessness on a scale not experienced in modern times,” Hannis says.