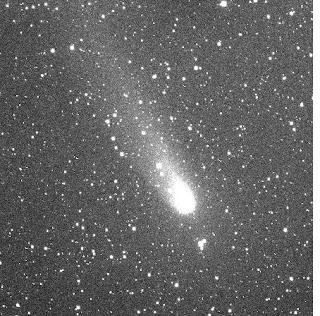 A Camelot Roundtable video conference, Elenin (link to synopsis), offers new input into mystery comet headed towards Earth. Michael Salla, of exopolitics.org, provides nice summary of presenters in a recent Examiner article. Richard C. Hoagland began conference with "...presentation on the significance of Elenin's orbit, and why this pointed to...either an artificial object under intelligent control (an ancient spacecraft) or a natural body (a comet) that has been deliberately launched on an artificial orbit. He placed special emphasis on Elenin's perihelion (closest point to the sun) on September 11, 2011 as evidence that this was a result of artificial design to draw attention to the profound geopolitical events that occurred ten years earlier." Hoagland also noted coincidence on November 9, 2011 of FEMA Homeland Security Test and Asteroid 2005YU55 passing within 200,000 miles of Earth.

Keith Hunter, author and writer at Ancient World Mysteries website, offered his view, "Elenin is a small mass that could do something unusual if caught up in powerful harmonic configurations." This theme seemed built upon by Conference organizer Kerridy Cassidy, Richard C Hoagland and Dr. Joseph Farrell, who dismiss Elenin is a brown dwarf but see it exerting powerful gravitational effects through gravity waves. They offer explanation that this may be possible through torsion field physics. Salla is critical that Dr Mensur Omerbashich's observations on incidence of alignments and seismic activity, was not included more in discussions. Andy Loyd, Dark Star author, is also of opinion Elenin is a sub-brown dwarf. Dr Carl Johan Calleman, author and Mayan Calendar researcher believes, "..the world will enter a New Age based on an expanding 'unity consciousness.' While the precise ending of the Mayan Calendar is disputed by others advocating a December 21, 2012 end date, Calleman has produced cogent arguments for the October 2011 end date."

The Camelot Roundtable concludes Comet Elenin possesses artificial attributes, is of small mass, yet exerts strong gravitational influence effects. Elenin will pass closest to the Sun on September 11, 2011, a reader wonders what effect the comet may have on the Sun? The comet's closest approach to Earth is on October 28, 2011, and again, wonder what gravitational effect will be upon Earth--if any! Are we going to die from a solar flare's direct hit or a huge earthquake and tsunamis? November 9th will bring the asteroid's pass close to the moon? Will this near miss provoke a campaign to increase humanity's capabilities to knock out "dangerous" asteroids?  The secret agenda revealed by Wernher Von Braun to Carol Rosin to weaponize space.

A Universe Today article, "Comet Elenin: Just Passing By," is probably the reality. Humanity likes small doses of adrenaline at times, and why, horror films and sports are popular. An adrenaline rush may help explain the Comet Elenin media frenzy, but keep in mind the importance of a perceived threat to those who want to control our fates!