Elenin FAQ For The Worried 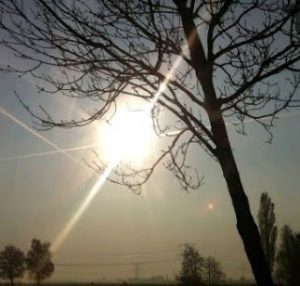 Is 2012 Doomsday to occur instead in October 2011? Universe Today presents Astroblogger Ian Musgrave’s FAQ fact sheet about Comet Elenin to dismiss nonsense and quell concerns. Musgrave points out we’ve been closer to other comets with no ill effects. Elenin’s tidal force will be one billionth of the Moon’s effect on the Earth. Musgrave does a good job to marshall facts, dismissing hysteria of “Doom and Gloom Brigades”. Musgrave uses Sky Map to argue alignments were nowhere near the times of the Chilean earthquake or the Tsunami that hit Japan. The article also points out, “we have been through bigger and denser comet tails before with no effect whatsoever,” the Great Comet of 1861 is used for comparison. “For a while the Earth was actually within the comet’s tail, and the inhabitants of this planet had a brief but giddy view of streams of cometary material converging towards the distant nucleus. By day also the Sun was dimmed as the Earth plowed through the comet’s gas and dust.”

Musgrave’s FAQ sheet is, on the surface, a well-organized attempt to dismiss concerns about Comet Elenin on a point by point basis. A link is provided to a recent Astronomy Beat issue (pdf) with David Morrison of the NASA Ames Research Center, comforting the public there’s no need for concern. An image linked is of a second object in the sky (pictured), which is dismissed as lens flare. A recent video from Neumayer Research Station is much harder to ignore, however. Public concern is not completely without merit. A simple observation should be kept in mind that Earth’s orbit, will take it near a comet–a real object of ice and rock. The tail may be as near a complete vacuum and still show up as a coma as the fact sheet argues, but each comet possesses individual composition and each comet pass a unique combination of forces. Comet Elenin will pass closer to the Moon and may influence our satellite in unanticipated ways. We are near the galactic plane and increased gravitational forces, are a possibility. The coherent catastrophism hypothesis remains only a faint possibility but a distinct one.

The Universe Today blog entry provides valuable links for those interested in astronomy such as Stellarium, a free planetarium program. The fact sheet represents an astronomy lesson in one visit and worthwhile. The present writer finds images of the Svalbard seed vault and the growth industry of underground housing construction, remain stuck in the back of the mind. You have to ask if there’s no concern why the efforts?  These projects do represent preparations for a catastrophic event.  Does it also explain the current geopolitical irresponsibility as well?