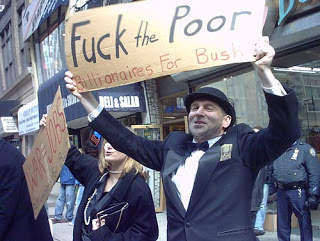 Video: ABC News reports on secret meeting of the rich

from wsj: Last week’s meeting of the Great and the Good (or the Richest and Richer) was bound to draw criticism. The New York meeting of billionaires Bill Gates, Warren Buffett, David Rockefeller, Eli Broad, George Soros, Ted Turner, Oprah, Michael Bloomberg and others was described by the Chronicle of Philanthropy as an informal gathering aimed at encouraging philanthropy. Just a few billionaires getting together for drinks and dinner and a friendly chat about how to promote charitable giving. There was no agenda, we were told. And no plan for a follow-up meeting.

But in an age of fallen wealth idols, it was inevitable that a meeting of billionaire minds would draw scrutiny. Surely all that money and power in one room had to spell trouble for the rest of us. An article in the Times of London, headlined “Billionaire Club in Bid to Curb World Population,” said the issues discussed in the top-secret meeting included health care, education and – by far the most controversial – slowing the global population growth.

“Taking their cue from Gates they agreed that overpopulation was a priority,” the article said, adding that “this could result in a challenge to some Third World politicians who believe contraception and female education weaken traditional values.” Such a stand wouldn’t be surprising. Mssrs. Gates, Buffett and Turner have been quietly worrying about Malthusian population problems for years. Mr. Gates in February outlined a plan to try to cap the world’s population at 8.3 billion people, rather than the projected 9.3 billion at which the population is expected to peak. 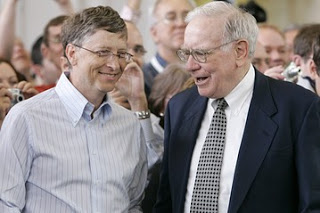 But some right-leaning blogs have started attacking the billionaires as forming a kind of secret sterilization society or giant ATM to fund abortions. It fed into time-honored fears of the rich using their wealth to reshape mankind in its preferred image. Some are raising the specter of eugenics.

I am not taking a stand on population control. But from what I was personally told about the meeting – and what the Times spells out further down in its story – population control was just one of many items raised during the meeting, as each philanthropist talked about what they were working on. It wasn’t the reason for meeting and there are no real plans for a follow-up confab. The notion that this secret gathering was aimed mostly at shrinking the world’s population just doesn’t ring true.

That said, almost all of the attendees are politically liberal. Do you think this Star Chamber of Philanthropists is something to worry about or something to be grateful for?

Flashback: ABC News reports on secret meeting of the rich, yet ignores the Bilderberg group completely