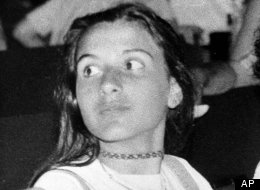 from telegraph.co.uk: A teenage girl whose disappearance in Rome has remained a mystery for 30 years was kidnapped for sex parties by a gang involving Vatican police and foreign diplomats, the Roman Catholic Church's leading exorcist has claimed. Father Gabriele Amorth, who was appointed by the late John Paul II as the Vatican's chief exorcist and claims to have performed thousands of exorcisms, said Emanuela Orlandi was later murdered and her body disposed of. In the latest twist in one of the Holy See's most enduring mysteries, he said the 15-year-old schoolgirl was snatched from the streets of central Rome in the summer of 1983 and forced to take part in sex parties. "This was a crime with a sexual motive. Parties were organised, with a Vatican gendarme acting as the 'recruiter' of the girls. "The network involved diplomatic personnel from a foreign embassy to the Holy See. I believe Emanuela ended up a victim of this circle," Father Amorth, the honorary president of the International Association of Exorcists, told La Stampa newspaper. The debate over who kidnapped Emanuela and what became of her has raged in Italy for three decades.