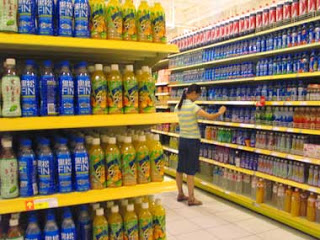 confidence erodes in US food supply

from star tribune: The conclusions of a pioneering survey from the University of Minnesota's Food Industry Center and Louisiana State University's AgCenter should come as a surprise to no one. The deadly salmonella outbreak tied to peanut butter made at a filthy Georgia processing plant has caused consumer confidence in the food supply to plummet. Just one in five Americans now believe the food supply is safer than it was a year ago, according to findings from the latest Continuous Consumer Food Safety/Defense Tracking Study... Consumer confidence dipped last year with the outbreak of salmonella first linked to tomatoes but later tied to peppers. Confidence rebounded, the CFST found, only to nosedive to a new low with the peanut butter salmonella outbreak that has sickened at least 500 and killed eight people, three of whom were Minnesotans. The findings should give the industry some food for thought. It's hard evidence that the peanut butter outbreak isn't simply the problem of one Georgia company. It has damaged the reputation of the entire food industry. Action is needed, lest the precipitous drop in peanut butter sales plague other products.

pope warns of proliferation of 'new eugenics'
from lifesitenews: In an address last Saturday to participants in a conference sponsored by the Pontifical Academy for Life, Pope Benedict XVI warned of the rise of a "new eugenics" that judges the worth of an individual based on his or her genetic makeup, as expressed in factors such as health and beauty. Despite the fact that a condemnation of imposed eugenics was enshrined in the Universal Declaration of Human Rights, "there are appearing in our days troubling manifestations of this hateful practice," observed the pope to participants in the conference, entitled 'New Frontiers of Genetics and the Danger of Eugenics.' "A new mentality is insinuating itself that tends to justify a different consideration of life and personal dignity based on individual desire and individual rights... There is thus a tendency to privilege the capacities for work, efficiency, perfection and physical beauty to the detriment of other dimensions of existence that are not held to be valuable." 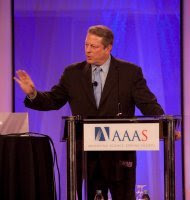 from nytimes: Former Vice President Al Gore is pulling a dramatic slide from his ever-evolving global warming presentation. When Mr. Gore addressed a packed, cheering hall at the annual meeting of the American Association for the Advancement of Science in Chicago earlier this month, his climate slide show contained a startling graph showing a ceiling-high spike in disasters in recent years. The data came from the Center for Research on the Epidemiology of Disasters (also called CRED) at the Catholic University of Louvain in Brussels. The graph, which was added to his talk last year, came just after a sequence of images of people from Iowa to South Australia struggling with drought, wildfire, flooding and other weather-related calamities. Mr. Gore described the pattern as a manifestation of human-driven climate change. “This is creating weather-related disasters that are completely unprecedented,” he said. (The preceding link is to a video clip of that portion of the talk; go to 7th minute.) Now Mr. Gore is dropping the graph, his office said today. Here’s why. Two days after the talk, Mr. Gore was sharply criticized for using the data to make a point about global warming by Roger A. Pielke, Jr., a political scientist focused on disaster trends and climate policy at the University of Colorado. Mr. Pielke noted that the Center for Research on the Epidemiology of Disasters stressed in reports that a host of factors unrelated to climate caused the enormous rise in reported disasters... Dr. Pielke quoted the Belgian center: “Indeed, justifying the upward trend in hydro-meteorological disaster occurrence and impacts essentially through climate change would be misleading. Climate change is probably an actor in this increase but not the major one - even if its impact on the figures will likely become more evident in the future.”