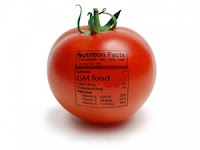 from the ecologist: A key figure in charge of food safety within the EU has been forced to quit her director role at a pro-GM group. European Green MEPs had called for EFSA chair Diana Banati's resignation after she had failed to disclose her seat on the board of directors of the International Life Science Institute (ILSI), which advises biotech corporations including Monsanto, Bayer and BASF. However, she has been re-elected as chair of the European food safety watchdog after EFSA confirmed she had resigned from ‘positions which may create a potential conflict of interest'. Campaigners said her links were 'unbelievable' and brought into question both the judgement of the EFSA’s senior management and the impartiality of the organisation as a whole.