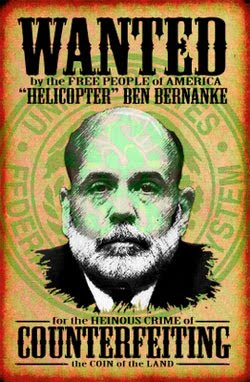 from wsj: Summer may be on its way and Osama bin Laden may be dead, but that doesn’t mean the sun is going to shine on the dollar. Ben Bernanke made sure of that. The Fed Chairman’s insistence last week that U.S. ultra-loose monetary policy is here to stay not only indicated his lack of confidence in the recovery but confirmed fears the U.S. Federal Reserve is falling behind the curve. As a result, not even good news will help the U.S. currency now... All this means that even good economic news will not save the dollar now. The true test could well come on Friday with the latest unemployment numbers, data that traditionally should give the dollar direction. But, if the Fed is saying no change is in sight, even strong non-farm payrolls won’t stop the dollar from floundering. This whole “good news is bad news” theme was apparent as Osama bin Laden’s assassination by U.S. forces in Pakistan broke.

The initial euphoria that the al Qaeda leader is dead after a 10-year manhunt quickly turned sour as the risk of terrorist reprisals increased. If that is the case, deteriorating risk sentiment in global markets may give the dollar a little support on the one hand. But, with interest rate differentials likely to continue moving against the dollar, chances are that the U.S. dollar will extend the decline it has pursued all year, pushing steadily to new lows against other majors such as the euro.