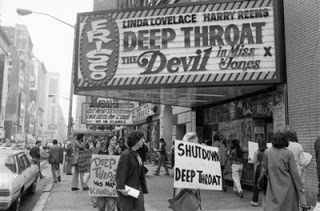 from xbiznewswire: A 4,800-page FBI file on “Deep Throat” director Gerard Damiano released to the Associated Press following a Freedom of Information Act request shows the lengths agents nationwide went in an attempt to prevent a shift toward the acceptance of erotic entertainment. With several details of the report redacted, the documents show the extent agents went in their investigation into the film — including seizing copies of the movie, analyzing negatives in labs and interviewing actors, producers and messengers delivering the film reels to theaters. The probe centered in New York, where many involved in the film lived, and Miami, where the film was shot. The file includes subpoenas, interviews, screenings and shipments of the film as well as Damiano’s specific role. Without notation of a specific crime, the document refers to the charge of interstate transportation of obscene material. The Damiano file also includes accounts of the movie’s plot by several FBI agents and a whited-out interview with “Deep Throat” star Linda Lovelace. According to a report, 1,000 additional pages of Damiano’s file were withheld under FOIA exemptions. “Deep Throat” became a cultural phenomena as it has achieved fame unlike an other adult film. The film was released in 1972 and went on to gross an estimated $600 million worldwide, making it the highest-grossing film at the time. Damiano died Oct. 25 from complications following a stroke. His 47 productions also include “The Devil in Miss Jones,” “The Satisfiers of Alpha Blue” and “Never so Deep.”