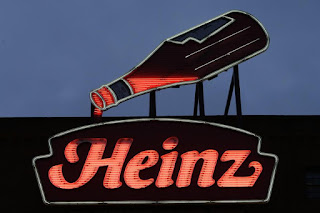 from washingtonpost.com: The FBI has launched a probe into suspected insider trading activity that took place one day before H.J. Heinz announced that it would be acquired for $28 billion by a private investment consortium. The FBI confirmed the criminal investigation on Tuesday, days after the Securities and Exchange Commission froze a Swiss account that the agency said was used by “certain unknown traders” to make “highly suspicious” trades in advance of the Heinz deal.

“We are consulting with the SEC to determine if a crime was committed,” said Kelly Langmesser, a spokeswoman in the FBI’s New York office.

In a complaint filed in federal court in Manhattan, the SEC alleged that the traders used a Goldman Sachs customer account in Zurich to buy certain options for $90,000. Those options were worth $1.7 million after the Heinz acquisition was announced.

Goldman Sachs was not accused of any wrongdoing, and a spokesman said the company is cooperating with the investigations.

It’s unclear how the activity came to the SEC’s attention. But the size and timing of the trades raised suspicions, especially since the account had no history of trading Heinz stock in the previous six months, the SEC said in its court filing.

“Irregular and highly suspicious options trading immediately in front of a merger or acquisition announcement is a serious red flag that traders may be acting on confidential non-public information,” Daniel M. Hawke, chief of the agency’s market-abuse unit, said in a statement.

The trades took place Wednesday, the last trading day before Heinz revealed that it would be purchased by a consortium made up of 3G Capital and Berkshire Hathaway.

A spokesman representing the two companies declined to comment on the investigations. Berkshire Hathaway is a major shareholder of Washington Post Co. stock.

The SEC froze the traders’ assets on Friday, even though it could not determine their identities. Speed was of the essence because the agency did not want the traders to cash in on the deal until the agency completed its investigation, said Sanjay Wadhwa, senior associate director at the SEC’s New York regional office.

The defendants, who are either foreign traders or traders trading through foreign accounts, “now have to make an appearance in court to explain their trading if they want their assets unfrozen,” Wadhwa said in a statement.