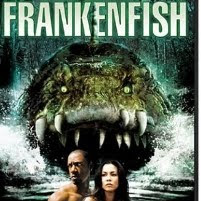 from allgov: If the Food and Drug Administration decides to approve for the first time the sale of a genetically-modified animal (GMO) for Americans to consume, the deal will not include a requirement that producers or retailers label the food as such.

FDA officials are still deciding whether to allow a special breed of salmon, known as AquAdvantage, to be sold in stores. The fish is similar to an Atlantic salmon, only it has the genes of the ocean pout and Chinook salmon spliced in to make it grow twice as fast as non-GMO salmon.

The AquAdvantage is so similar to the Atlantic variety that FDA officials won’t require disclosure of its genetically-altered state. According to agency rules, a species has to be substantially different from its natural version before GMO labeling is mandated.

This determination likely won’t sit well with those opposing FDA approval of AquAdvantage, who characterize the salmon as “frankenfish,” contending it could cause allergies in people who eat it. They also fear that the GMO salmon will decimate the population of natural wild salmon. The FDA rules also run counter to the growing trend of consumers wanting to know more about the food they eat.

flashback: gm salmon set to move closer to your table