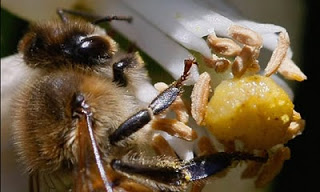 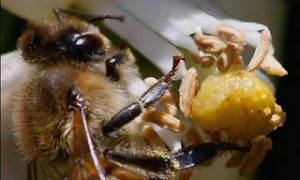 from guardian: Disturbing evidence that honeybees are in terminal decline has emerged from the United States where, for the fourth year in a row, more than a third of colonies have failed to survive the winter.

The decline of the country's estimated 2.4 million beehives began in 2006, when a phenomenon dubbed colony collapse disorder (CCD) led to the disappearance of hundreds of thousands of colonies. Since then more than three million colonies in the US and billions of honeybees worldwide have died and scientists are no nearer to knowing what is causing the catastrophic fall in numbers.

The number of managed honeybee colonies in the US fell by 33.8% last winter, according to the annual survey by the Apiary Inspectors of America and the US government's Agricultural Research Service (ARS).

The collapse in the global honeybee population is a major threat to crops. It is estimated that a third of everything we eat depends upon honeybee pollination, which means that bees contribute some £26bn to the global economy.