fears of a ‘gulf of tonkin’ to provoke Iran war

from prison planet: Republican Congressman and 2008 Presidential candidate Ron Paul fears a staged Gulf of Tonkin style incident may be used to provoke air strikes on Iran as numerous factors collide to heighten expectations that America may soon be embroiled in its third war in six years.

Writing in his syndicated weekly column, the representative of Texas' 14th district warns of "a contrived Gulf of Tonkin-type incident (that) may occur to gain popular support for an attack on Iran."

The August 1964 Gulf of Tonkin incident, where US warships were apparently attacked by North Vietnamese PT Boats, was cited by President Johnson as a legitimate provocation mandating U.S. escalation in Vietnam, yet Tonkin was a staged charade that never took place. Declassified LBJ presidential tapes discuss how to spin the non-event to escalate it as justification for air strikes and the NSA faked intelligence data to make it appear as if two US ships had been lost.

Should a staged provocation take place in an attempt to justify striking Iran it would not be the first time the current administration has considered such a ploy.

In February 2006, documents were leaked of a conversation between British Prime Minister Tony Blair and President Bush in which different scenarios to try to provoke Saddam into making a rod for his own back were discussed. One included painting a U.S. spy plane in UN colors and flying it low over Iraq in the hope it would be shot down and the incident exploited as a means of enlisting international support for the 2003 invasion.

Paul, who on Friday announced his intention to run for President in 2008, has resolved to introduce legislation in the coming weeks to head off the drift towards war, encouraging a commitment to policies of dialogue as outlined by the Iraq Study Group.

Commentators largely agree that the furore surrounding President Bush's speech in which he ordered the deployment of a further 20,000 troops to Iraq is a manufactured distraction to divert attention away from alarming developments that grease the skids for an inevitable conflict with Iran.

The New York Times and other establishment mouthpieces are busy regurgitating White House propaganda that Iran is supplying weapons to Iraqi insurgents that are killing U.S. troops. As columnist Larry Chin elaborates, "The Bush administration buildup towards Iran is strikingly similar to Hitler’s campaign against Poland, and the Third Reich’s eventual 1939 blitzkrieg. Hitler’s final act was to manufacture a "deliberate and cold-blooded provocation", to be blamed on the Poles, which would bring down the vengeance of German armed forces. He accomplished this by putting drugged prisoners from a nearby concentration camp into Polish uniforms and shooting them near a radio station inside the German border. The "Polish attack on the Gleiwitz transmitter" marked the official start of World War Two." 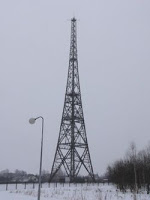 "In Hitler’s words, "I shall give the propagandist cause for starting the war. Never mind if it is implausible or not."

In reality, the source of the IED technology being utilized by the insurgents goes back to the British security services, from whom it was acquired by the IRA and then sold around the world in the early nineties. Claims that Iran is helping Shia insurgents to make the devices is outright propaganda.

However, the only remaining justification that Neo-Cons cling to in an attempt to sell another conflict to a war-weary American public is the falsehood that American troops are being killed on the battlefield by insurgents with the direct assistance of Iran. This is the only rationale a majority of Americans will accept as grounds for war, overriding spurious warnings about weapons of mass destruction, a yarn they have seen spun once before.

As Chris Floyd points out, "Make no mistake: this is the marker that has now been put down; this is the card that's been laid on the table. The Bush Administration has openly accused Iran of killing American soldiers in Iraq. Again, this is a charge far more resonant, far more effective as a pretext for war than anything offered during the successful stampede to invade Iraq. Even a president as weakened and isolated as Bush is at the moment would be able to get support for an attack on a state that was "killing our soldiers in the field."

It is also now confirmed that the raid on the Iranian liaison office in Iraq, after which five Iranians were arrested and detained, was directly authorized by the White House in an attempt to provoke an Iranian response.

Whether Iran takes the bait or not, American aircraft carriers and nuclear submarines are multiplying in the Persian Gulf and Bush recently appointed Adm. William Fallon, a Navy veteran, to oversee the ground war in Iraq, a contradiction many fear betrays preparation for an air strike on Iran's uranium enrichment facilities which could take place as soon as next month.

Whether the White House or the feverish Israelis will even feel the need to factor in a Gulf of Tonkin event remains to be seen, as the war drums beat ever louder and the next escalation of what the Neo-Cons call "World War Four" awaits final execution.