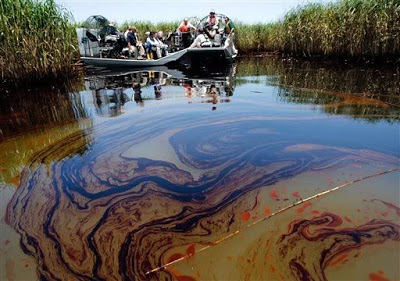 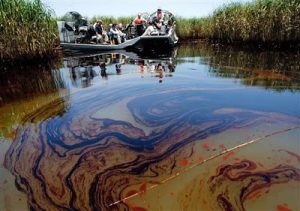 from dpa: At first sight, everything looks back to normal on the Gulf of Mexico a year after the worst oil disaster in US history. But fear and uncertainty persist. Gone are the angry banners - 'BP, we want our beach back!' - that vented the fury of the people of Grand Isle and nearby holiday and fishermen's islands in Louisiana's far south. But one only has to scratch the surface to find the anger again.

BP Plc's leased Deepwater Horizon drilling rig exploded on April 20, 2010, killing 11 workers. The wellhead safety valve failed to contain the disaster, and crude oil gushed for three months into the Gulf waters and fragile coastline just 80 km away. The leak was finally sealed in July, and in September was declared formally sealed by the US government.

Some 780 million litres of crude oil - 4.9 million barrels - had poured onto the Gulf. The reddish-brown fluid lapped onto more than 1,000 kilometres of fragile coastline, killing thousands of fish, pelicans, tortoises, whales and dolphins. Officials closed beaches and fishing grounds. Tourism and the fishing industry, major keys to the local economy, collapsed.

Damage compensation payouts have been slow, despite the 20- billion-dollar fund that BP set up after some arm-twisting from US President Barack Obama. The Gulf Coast Claims Facility (GCCF) said this week it has paid out 3.8 billion dollars - a small drop of available money - representing 300,000 claims.