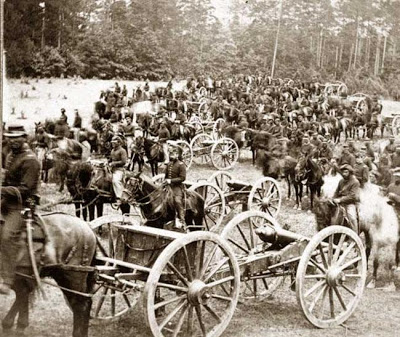 First Shots Mark 150 Years Since Start of US Civil War 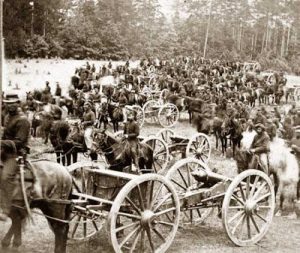 Soon after, a signal shot from a nearby fort sparkled in the air and cannon fire commenced, just as it did 150 years ago to begin the American Civil War.

The first shots fired on April 12, 1861, marked the start of what would be a defining time in U.S. history. The Civil War took 620,000 American lives and ended the country's institution of slavery.

The National Park Service and the city of Charleston aimed for the sesquicentennial events to be both inclusive and true to history.

"Four million enslaved African Americans saw this as their revolution," said Robert Sutton, chief historian of the National Park Service, whose theme for the sesquicentennial nationwide is "Civil War to Civil Rights."

"Today we commemorate the beginning of the Civil War, but we also celebrate the fact that more people were freed from slavery at that time than at any time in world history."

At Fort Sumter, re-enactors in the blue wool uniforms of Union Army artillery troops under the command of Major Robert Anderson cleaned their guns, sat on their bedrolls and performed gun salutes and drum and fife processions.

Black powder smoke from the cannon fire from the mainland drifted over the fort, which is two miles offshore.

The soldiers have been holding the fort since Saturday and will surrender it on Thursday to re-enactors representing the South Carolina Palmetto Guard under Confederate Brigadier General P.G.T. Beauregard.

"We're on sacred ground. It's hallowed ground to us," said Seattle resident Mark Silas Tackitt, who played the role of Major Anderson.

He said the re-enactors were being as historically accurate as possible, including cooking on camp fires and drinking a mixture of vinegar and molasses rather than Gatorade.

"You don't get an idea of what they were going through here unless you stand in their shoes," he said. "I shave with a straight razor. My hands will not touch plastic at an event."

Related: investing in a conspiracy of a past century:
ameritrade's founder produces historical film 'the conspirator'