food from around the world is in disorder

poll: most not fully confident in US food safety* 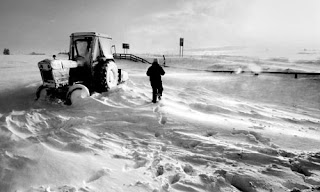 from guardian: Britons have been warned to brace themselves for an increase in food prices as plunging temperatures leave farmers unable to harvest vegetables and hauliers struggle to distribute fresh produce. Gordon Brown, who will chair a meeting of the Cobra emergency committee early this week to discuss the freeze, was today forced to reassure the country that it would not run out of gas or grit for its roads during the coldest weather in 30 years.

russia bans US poultry over chlorine
from food safety news: With as much as 30,000 tons of American poultry in the pipeline to Russia, the government in Moscow imposed a ban on future U.S. poultry imports on New Year's Day. Russia joins the European Union in prohibiting the use of chlorine as an anti-microbial treatment in poultry production, which is commonly used in the United States. As for birds in the pipeline, USA Poultry and Egg Export Council President Jim Summers said he thinks based on earlier assurances from the Russian Veterinary Service that poultry in transit will be allowed to enter. The U.S. Department of Agriculture defended the use of chlorine by the American poultry industry.