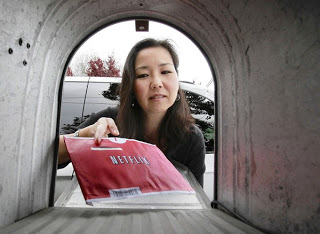 for hollywood, it was a tough 2010 as spending continued to fall

from latimes: To paraphrase Apollo 13 astronaut Jack Swigert, "Hollywood, we have a problem." The industry that was supposed to be immune to economic downturns looks like it's going to have some re-entry problems as the economy begins to recover. Broad swaths of the entertainment business declined in 2010. DVD sales were off 13%. Music CD purchases plummeted 19%. Video game sales as well as concert and theater attendance also fell. Even the turnout for America's favorite pastimes — baseball and NASCAR — was down. And swift changes in technology will make it difficult for Hollywood to capture pre-recession levels of revenue. So much for the value of escapism. But perhaps most ominously, last summer the pay-television industry suffered an unprecedented net loss - for the first time - of customers, a yellow warning light that consumers may no longer regard cable TV as a must-have utility on par with electricity and phone service.

flashbacks: pay tv subscriptions fall for first time ever in US &
americans watched more television than ever in 2010