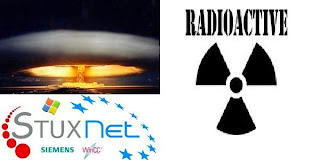 Did Stuxnet infiltrate Fukushima Daiichi plant? The question is getting asked--and rightfully so! Fukushima plant uses Siemens Supervisory Control And Data Acquistion Software (SCADA), which Stuxnet is designed specifically to target. Is Stuxnet implicated in rendering, say, water pumps inoperable, a question asked recently on The Ugly Truth podcast? A Stuxnet link is also examined at whatREALLYhappened.com, "So now the difficulty the Fukushima nuclear plant operators faced in recovering control over their runaway reactors takes on a darker significance. Remember that the first problem following the quake was that the automated shutdown systems failed to operate at some of the reactors, because pumps failed and valves would not open even while running on batteries; the very sorts of mischief Stuxnet supposedly was designed to cause at Iran's power station." Multiple failures experienced at the Fukushima Daiichi nuclear plant begs the question whether Stuxnet malware involved? Webster Tarpley's call for action seems truer than ever at the moment: get active--or get radioactive!