future nasa rocket to be most powerful ever built 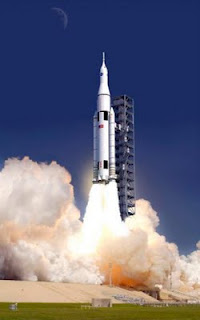 from ap: To soar far away from Earth and even on to Mars, NASA has dreamed up the world's most powerful rocket, a behemoth that borrows from the workhorse liquid rockets that sent Apollo missions into space four decades ago. But with a price tag that some estimate at $35 billion, it may not fly with Congress. NASA Administrator Charles Bolden and several members of Congress on Wednesday unveiled the Obama administration's much-delayed general plans for its rocket design, called the Space Launch System. The multibillion-dollar program would carry astronauts in a capsule on top, and the first mission would be 10 years off if all goes as planned. Unmanned test launches are expected from Cape Canaveral, Fla., in six years. Calling it the "largest, most powerful rocket built," NASA's exploration and operations chief, William Gerstenmaier, said the rocket will be tough to construct. But when NASA does it, "we'll have a capability to go beyond low-Earth orbit like no other nation does here on Earth," he said in a telephone briefing Wednesday.