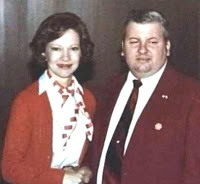 Gacy had at least one accomplice, two lawyers believe

from suntimes.com: Did the “Killer Clown” act alone? Two Chicago lawyers have re-examined the circumstances surrounding the disappearances of three victims of serial killer John Wayne Gacy — and concluded he probably had one or more accomplices. Criminal defense attorneys Robert Stephenson and partner Steven Becker took a fresh look at victims Russell Nelson of Minneapolis and Robert Gilroy and John Mowery of Chicago. The three young men disappeared in 1977 and were among 29 victims found in 1978 on Gacy’s property in unincorporated Norwood Park Township. Four other victims were found in the Des Plaines River. Gacy, a building contractor who performed as an amateur clown, was executed in 1994. The attorneys said they reviewed Gacy’s travel and work records, which indicated he was out of town when Nelson and Gilroy disappeared. The work records also showed Gacy didn’t have much time to abduct, torture and kill Mowery, the lawyers said. The photo is from Wikipedia with this explanation: Gacy met and was photographed with then First Lady Rosalynn Carter on May 6, 1978. Rosalynn Carter signed one photo: "To John Gacy. Best Wishes. Rosalynn Carter". The event later became an embarrassment to the United States Secret Service, as in the pictures Gacy is wearing an "S" pin, indicating a person who has received a special clearance by the Secret Service.