agreement on labeling probably won't have much effect in US 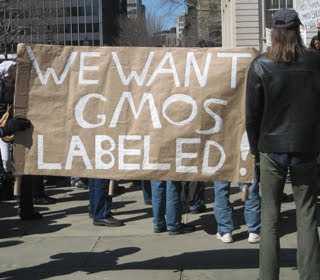 from latimes: Activists rejoiced last week when a hard-fought battle over international standards for labeling genetically modified food came to an end — finally — after decades of debate. But the agreement, which many say opens the door for labels to be placed on such foods, will probably have little effect on food labels in the U.S. for the foreseeable future. Delegates to the so-called Codex Alimentarius Commission, a body created in 1963 by the United Nations to set voluntary standards for food safety and handling, have been arguing over labels for genetically engineered food for the better part of 20 years. Concerned that the biotech food is not adequately tested and could be unsafe for people or the environment, some countries, particularly ones in Europe, have pushed for mandatory labeling. Others, including the U.S., have argued that such labels are misleading because the genetically modified products that are on the market have been thoroughly tested and deemed safe.