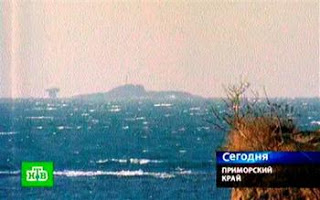 newsflash! georgia fired first
from times online: Two former British military officers are expected to give crucial evidence against Georgia when an international inquiry is convened to establish who started the country’s bloody five-day war with Russia in August. Ryan Grist, a former British Army captain, and Stephen Young, a former RAF wing commander, are said to have concluded that, before the Russian bombardment began, Georgian rockets and artillery were hitting civilian areas in the breakaway region of South Ossetia every 15 or 20 seconds. Their accounts seem likely to undermine the American-backed claims of President Mikhail Saakashvili of Georgia that his little country was the innocent victim of Russian aggression and acted solely in self-defence.

from danger room: An accident on board a Russian nuclear submarine has claimed at least 20 lives, the worst submarine disaster in nearly a decade. According to Russian news reports, the ship in question is the K-152 Nerpa, an Akula-class attack submarine. The accident occurred during sea trials in the Pacific Ocean; Russian news agency RIA-Novosti reports the incident was caused by the "unsanctioned activation" of the boat's fire-extinguishing system. The sub returned to Bolshoi Kamen, a port in Russia's Far East, the BBC adds. Over 200 individuals were on board, including civilian shipbuilding contractors. RIA-Novosti reports that incident happened in the boat's forward compartment; the nuclear reactor was not affected and radiation levels were described as "normal." A torpedo accident on the Russian submarine Kursk in 2000 claimed the lives of 118 sailors. The accident - and the botched response - were a public relations disaster for then-Russian President Vladimir Putin in his first year in office. (Click here for Putin's video appearance on "Larry King Live"; Asked what happened to the Kursk, Putin smirks: "Ona utonula" - "she sank.") The Nerpa incident comes as Russia reasserts its military power and prepares to overhaul its nuclear forces; Russia is currently sending a naval squadron to Venezuela to take part in a military exercise. The Russian media are responding swiftly to this one. Here's a link to the Russian Wikipedia page for the Nerpa and a list of the latest headlines in Russian.

al-CIAda 'plotting new attacks on US'
from presstv: America's nemesis Osama Bin Laden is reportedly planning a new terror attack against the US that would 'outdo by far' the 9/11 attacks. A source close to the al-Qaeda leadership in Yemen has warned in a report that a new attack against the US will aim 'to change the world [both] politically and economically'. The report published by an Arabic-language newspaper in London, Al-Quds Al-Arabi, claimed that Bin Laden is closely supervising preparations for the attack, which will be far greater than those of 9/11. 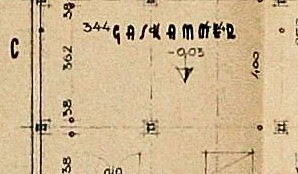 from afp: Original plans for the construction of the Nazi extermination camp of Auschwitz, including a gas chamber and crematorium, have been found in a Berlin apartment, a newspaper reported Saturday. The daily Bild published copies of some of the 28 plans, which the head of Germany's federal archives, Hans-Dieter Krekamp, called "authentic proof of the systematically planned genocide of the Jews of Europe." Bild gave no indication of where, when or by whom the plans were found.

fanta was developed for the nazis

from edwin black: Refael Bigio in Montreal remembers the moment that the regime of Egyptian President Gamal Abdel Nasser seized his family’s property. He was driving to the factory with his father that traumatic August day in 1962. Police cordons surrounded the buildings at 14 Aswan Street in the Cairo suburb of Heliopolis. As Bigio and his father nervously stepped up the stairs, a policeman barked that the government had nationalized the business. "Give me the keys," he demanded. Once inside the offices, policemen and soldiers demanded the keys to the vault as well.

The nightmare of dispossession suffered by approximately one million Jews throughout the Arab world had finally descended upon the Bigio family. Brutal jailings and intimidation against Bigio family members culminated in a forced penniless exodus from the nation. The Bigios, along with a million other Jews across the Arab world, were expelled with just a few dollars in their pockets. The family fled to Canada. But the Bigios never forgot the life they knew in Egypt—or their assets.

The Bigio assemblage of warehouses and manufacturing buildings sprawled across 10,000 square meters in the midst of bustling Heliopolis traces its main commercial life to the 1930s when Bigio’s grandfather first bought the land and built a shoe polish plant. Eventually, the family business added a tin container operation to hold the shoe polish, and from that expanded into general tin plating. Eventually they produced tin bottle caps for soda. In 1942, at the height of World War II, a Coca-Cola licensed bottler became the family’s tenant, bottling the world-famous cola. Later the fruity drink called Fanta that Coca-Cola originally developed for the Nazi military was added. In the fifties, the Coca-Cola licensed bottler in Egypt expanded greatly, the plant was moved to a nearby location, and in 1959 Coca-Cola in Atlanta signed a major license agreement with the Bigios to produce the bottle caps.

the mystery of lost US nuclear bomb
from bbc: The United States abandoned a nuclear weapon beneath the ice in northern Greenland following a crash in 1968, a BBC investigation has found. Its unique vantage point - perched at the top of the world - has meant that Thule Air Base has been of immense strategic importance to the US since it was built in the early 1950s, allowing a radar to scan the skies for missiles coming over the North Pole. The Pentagon believed the Soviet Union would take out the base as a prelude to a nuclear strike against the US and so in 1960 began flying "Chrome Dome" missions. Nuclear-armed B52 bombers continuously circled over Thule - and could head straight to Moscow if they witnessed its destruction. Greenland is a self-governing province of Denmark but the carrying of nuclear weapons over Danish territory was kept secret. But on 21 January 1968, one of those missions went wrong.

horror of US depleted uranium in iraq threatens the world 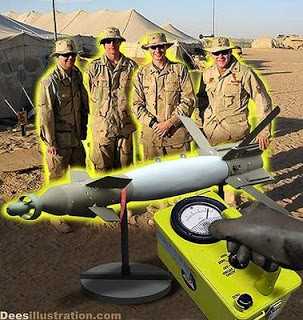 from tehran times: American and British use of DU is a crime against humanity which may, in the eyes of historians, rank with the worst atrocities of all time. War vets who’ve returned from Iraq are sitting on DU death row. All this, a net result of the White House’s reaction to 9/11. I’m horrified. The people out there — the Iraqis, the media and the troops — risk the most appalling ill health. And the radiation from depleted uranium can travel literally anywhere. It’s going to destroy the lives of thousands of children, all over the world. We all know how far radiation can travel. Radiation from Chernobyl reached Wales and in Britain you sometimes get red dust from the Sahara on your car... Britain and America not only used DU in this year’s Iraq war, they dramatically increased its use — from a minimum of 320 tons in the previous war (1991) to a minimum of 1500 tons in this one. And this time the use of DU wasn’t limited to anti-tank weapons — as it had largely been in the previous Persian Gulf war — but was extended to-the guided missiles, large bunker busters and 2000 pound mega-bombs used in Iraq’s cities.