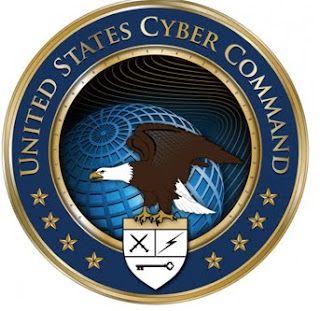 Is the new Cybercommand policy to open the public's eyes? Or, is the only open eye at the top of the pyramid? Are you beginning to feel like an abused b-slapped spouse? You should! Rob Kall at OEN writes definitive article, "Get Ready for Digital False Flag Attacks," about Pentagon's move to codify cyberwar with "equivalence" policy. "If a cyber attack produces the death, damage, destruction or high-level disruption that a traditional military attack would cause, then it would be a candidate for a "use of force" consideration, which could merit retaliation." It's simply an eye for an eye. The United States will be allowed by policy to retaliate with military force if a Stuxnet-like virus turned off, say, nuclear plant vents and caused a F**USHIMA here!.

Do you believe hundreds of Cybercommand desktop warriors make you safer? An imagination can run wild. An old GE nuclear plant suffers a core meltdown due to stuck or damaged valves which fail to vent as a result of destructive commands from a Stuxnet virus! You wonder if older plants are more vulnerable and reason Germany closed their oldest reactors? Within a day if not hours, the enemy gets identified as Pakistan and yet another military operation organized to get the evil-doers! It's just one possible scenario but the potential is there for another public sacrifice on the path to another war! Does it sound familiar?

The thin cover provided by lame politically-inspired false flag events are the b-slap across your face as the perps hiss, "what ya' gonna do 'bout it?" What are we going to do about it?