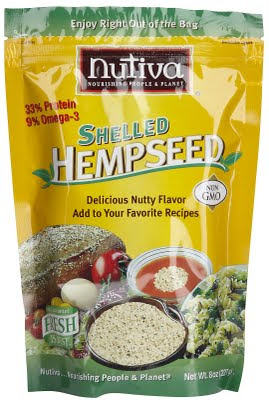 from natural news: Food inflation is hitting the superfood industry right where it hurts - in the wallet. Thanks to several factors you'll read about here, prices on hemp seeds, hemp oils, coconut oil and other superfoods are set to skyrocket beginning in just a few days. One of the largest superfood suppliers in the USA, Nutiva, has announced an 11% price increase coming May 27th, and that may be just the beginning of an accelerating trend in steady increases. In a letter sent to us by Nutiva, founder John Roulac explains that the price of coconut oil has doubled in the last six months. While coconut oil suppliers are able to absorb some of this cost in the short term, they cannot do so on a permanent basis. This means that the prices consumers pay for coconut oil are headed sharply higher.

Impacting hemp seeds and hemp oil, the price of crude oil (up 30% or more over the last few months) adds to the cost of transporting these foods. Remember, thanks to the completely idiotic and utterly anti-American stance of the DEA, President Obama and most of the U.S. Congress, it is illegal to grow hemp seeds in America, meaning all hemp seeds sold as nutritional foods in the USA must be imported from other countries. This policy is not only destroying opportunities for U.S. farmers; it also results in the wasteful expenditure of fossil fuels to transport hemp products to the USA from other countries...

The third factor sharply increasing the cost of imported hemp products is the plummeting value of the U.S. dollar versus the Canadian dollar. Much of the hemp imported into the United States is grown in Canada (where it's legal, see? So Canadian farmers reap the financial rewards while U.S. farmers face bankruptcy...), and as the U.S. dollar loses purchasing power, it's going to make the domestic cost of imported items increasingly expensive.