Is Electromagnetic Experimentation To Blame?* 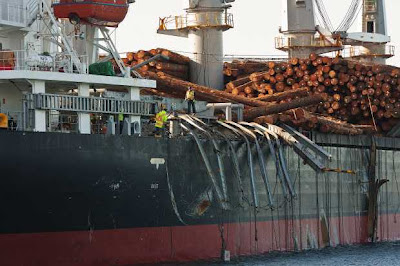 from theintelhub.com: On the afternoon of Tuesday, February 7th 2012 the ‘Dry Beam’, a 26,000 ton cargo ship headed from Longview, Washington to Japan, was rocked by what is now commonly known as a ‘rogue wave’, sending the vessel to port at Ogden Point for repairs. The crew of 23 was uninjured. According to insurance investigator Captain Jostein Hoddevik, a rogue wave, some 10 to 15 meters high, impacted the port side of the Dry Beam, bending its support structure and scattering a load of timber around like toothpicks. Although the incident occurred in an area of the Pacific known for rough waters, there has been an increase in rogue waves within recent years. Is this a natural phenomena or something caused by man? According to the website itwillpass.com ‘dangerous earth anomalies have appeared since the start of Russian and U.S. E.L.F. [Extremely Low Frequency] Transmissions’ after 1980.