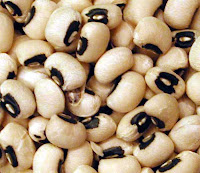 from connectamarillo.com: Midnight kisses, eating round fruits, wearing polka dots and breaking dishes are New Year's traditions which are carried out in countries all over the world.

In America, the most common of New Year's Day practices is that of eating black-eyed peas.

"There's supposed to be a story- something about the Civil War and that's all they had to grow was black-eyed peas," Calico County Manager DaNae Martinez said. "And, so, they eat them for good luck."

According to Martinez, the Amarillo restaurant serves double to triple the amount of black-eyed peas on New Year's Day as it does any other day of the year. Cabbage, which is thought to bring money to those who consume it on New Year's Day, is another food that gains popularity on Jan. 1.

Many people look forward to the start of a new year and, despite the diverse cultures of countries all over the world, it seems a lot of people carry that New Year's superstition with them. What those superstitions have in common is once the tradition is put into play, Lady Luck will help to make that new year the best one yet.