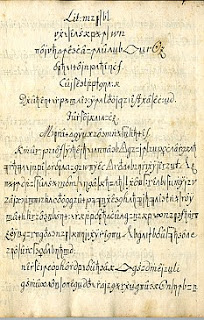 from daily mail: The Copiale cipher is an 105-page coded document found in an East German archive, and dated to 1866 - but the code used to shield its mysteries has remained unbroken, until now. The international team that cracked the cipher this year found that automated translation techniques - familiar to most of us from the often-wonky Google Translate - can help to crack encrypted documents by 'guessing' their contents. It works even when they use a cipher as baffling as the Copiale's 90 symbols, and the original language is unknown. The team, led by computer scientist Kevin Knight of USC, aims to use their technique on other encrypted texts. Their work also unearthed a fascinating document that may shed light on the secret societies of the nineteenth century. The Copiale Cipher proved to be about induction into a secret society - speaking of 'secret teachings for apprentices' and a bizarre initiation rite for disciples.