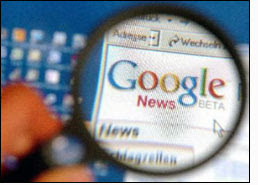 from kurt nimmo: As Raw Story tells us, Google has finally addressed link bombs, attempts to influence the ranking of a given page in results returned by the Google search engine. Specifically, and apparently embarrassing for the corporation, entering “miserable failure” in the search engine returned George Bush. Vladimir Putin returned “enemy of the people,” a description not too far off the mark.

“While Google has known about link bombs for years, it had previously expressed reluctance to defuse them individually because it didn’t want to tinker with the objectivity of its Internet search model,” notes Raw Story. However, as we know, in the Bushzarro era, such objectivity is no longer acceptable. Indeed, for a profit-based corporation, it can be deadly.