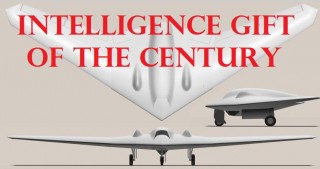 "In the case of the stolen CIA drone, the hardware with the backdoor was most likely embedded within the telemetry system, which is the multi-function brain of the drone, in fact every system within the drone is routed through the telemetry system, every sensor, every control, everything," writes Harris, "All the Iranians needed was to be able to emulate one of the multitudes of frequencies used for telemetry purposes to trigger the embedded hardware purchased from the Chinese and installed within a US secret drone." Harris calls for thorough review of systems manufactured since 1998!