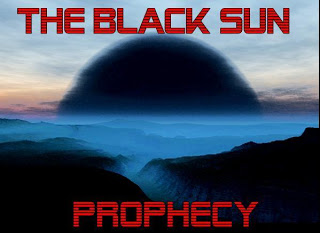 from clyde lewis: Recently Louis Farrakhan, leader of the nation of Islam delivered a speech that sounded like it was from a Hollywood blockbuster film about aliens and the end of the world. The speech included references to a mother ship or space plane about a half a mile long carrying 1500 smaller flying machines coming to earth. He also stated that in a vision Elijah Mohammed saw that in the future the arrival of the UFO would take place upon the discovery of a second star or companion to our sun. He mentions a blue star or darker star appearing next to a red fiery star. The ships are to gather near the sun and there will be stars falling from the heavens. It was all a part of some apocalyptic sermon that included the intervention of aliens and the idea of a second star or sun in the sky like the ending of the film “2010: The year we make contact.”

Around January 18th, 2010, NASA STEREO monitors were beginning to register what appeared to be large planet sized UFO’s around the sun. Giant, UFOs have appeared before around the Sun and have been monitored and recorded by NASA’s Stereo spacecraft. The present “giant solar UFO wave” which commenced on January 18, 2010 is the most recent of a reoccurring phenomenon. Later in the month of February came the solar filament at the southern hemisphere of the sun that snapped, sending to earth a large coronal mass ejection that was not reported in the mainstream.

In the sky a ring of fire was seen above Chile and a devastating earthquake ensued. We have been seeing nonstop destruction on the planet since January causing some writers and scientists to ask just what is happening to the earth.

Perhaps the problems on earth are being caused by something out in space? The question was proposed on the Ground Zero Show. There are plenty of people in places of power that are now acknowledging that something out there is waiting for us. We may now start to wonder if the extra-terrestrial reality is far more complex than just UFO’s, aliens and free energy machines.

update: the devil in your car