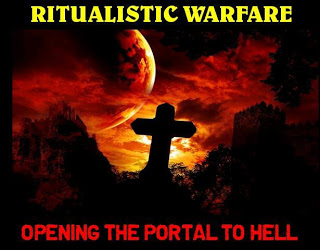 from clyde lewis: The end times have arrived. That is of course if you believe what some people are saying in Chile. The 8.8 earthquake didn’t convince them of this. It is what happened prior to the quake that has many Chileans fearful for what might have opened up before the quake hit. Earthquakes are of course common place in the region and so when the quake began to shake the area of Concepcion, many were thinking that it was just another small shock. The quake lasted longer and the shaking got worse. As the ground opened up and swallowed villages the people saw something else open up in the sky, a ring of fire and brilliant lights.

New video has now emerged showing what Chileans witnessed prior to the earthquake that devastated the area. What you see partially covered by trees is a large red ring in the sky. People who witnessed it say that it looked like a large ring of fire, something that one could only imagine in an apocalyptic nightmare.

During the quake Cecelia Lagos a freelance reporter said that at time of the quake there were brilliant lights in the sky and that she was convinced the apocalypse had begun.

The quake may have caused the earth to shift on its axis about eight centimeters making our days shorter by milliseconds. Fox news used the 2012 Movie metaphor as a reference to what happened in Chile. This of course demonstrated evidence of the full impact of apocalyptic predictive programming.

This is insanity—a film released last year and recently on DVD is the calling card for a disaster that seems to have all the markings of an apocalyptic cataclysm. Predictive programming now is being used as a veiled attempt at mass manipulation or it could be much deeper than that. Psychological conditioning and mind controls steering us towards an apocalyptic due date is a part of reverse causality.

It may be that our future is changing the present.